Posted by Otaibayomi on December 08, 2017
Getty
The Egypt superstar reminded the Blues just what they're missing, and demonstrated why he's a front-runner for the African Player of the Year award
Another big game for Mohamed Salah, and another goal for the forward who’s in red-hot form at the moment. This weekend, the Liverpool attacker scored against his old side Chelsea, netting his 10th in 13 Premier League appearances for the Merseyside club as he further cements himself as a Reds hero and one of Africa's leading players in the world today.
Amidst the various fascinating pre-game subplots, the question of whether Salah could show the Blues what they were missing was one of the more engrossing storylines.
Pre-match suggestions speculated how Antonio Conte was going to combat the threat of the livewire forward.
Was the Italian going to mirror Mauricio Pochettino’s tactic of playing an inverted full-back at left wing-back, or was it going to be business as usual for the Blues boss?
In a situation whereby the former tactic was to be utilized, Cesar Azpilicueta was touted by many as the player capable of neutralizing the Egypt international. When the team sheets were released, though, Conte – perhaps not wanting to reshuffle his backline and subsequently deprive them of natural width down the left flank – deployed Marcos Alonso in his natural position.
On paper, the duel was to be a mismatch.
After all, the full-back has often struggled against twinkle-toed and pacey wingers since moving to the Stamford Bridge club. However, the Spaniard has unpredictably proved critics wrong whenever he’s been predicted to come out second best prior to going head-on with an in-form player.
The atmosphere at Anfield was boisterous as ever, and the Liverpool players obviously used it to their advantage early on as they sought to force mistakes with their high press. Salah was their best player in the first half hour as he tried to force the issue time and again.
As lively as he was, he was let down by his teammates who were seemingly not on the same wavelength throughout the encounter. 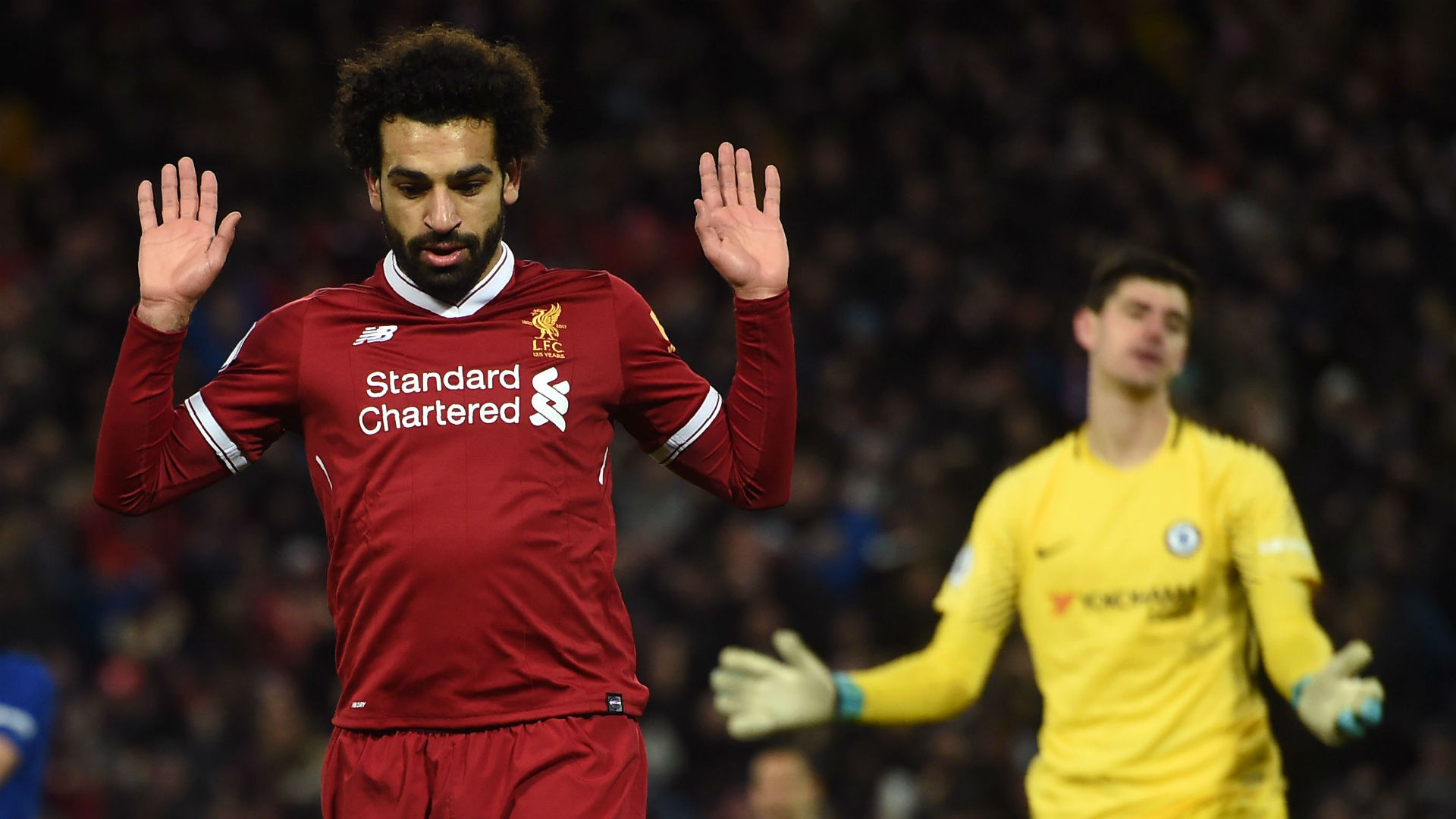 This begs the question, why didn't Jurgen Klopp deploy Sadio Mane and Roberto Firmino from the start in such a big game?
In a fixture carrying so much importance, it might have done the German tactician a whole lot of good if he’d started his best players in a concerted effort to win the game.
This is in no way a dig at Daniel Sturridge and Alex Oxlade-Chamberlain (who had a good game), but Liverpool’s starting triumvirate have developed a good understanding and it was a somewhat perplexing decision to rotate his attacking options.
Irrespective of this, the Reds attacked mainly down the right wing as they sought to isolate Salah
with the lethargic Alonso. It worked a few times too, but the home side were either let down by their final ball or their off-kilter finishing – to which, in all fairness Salah was culpable as well. 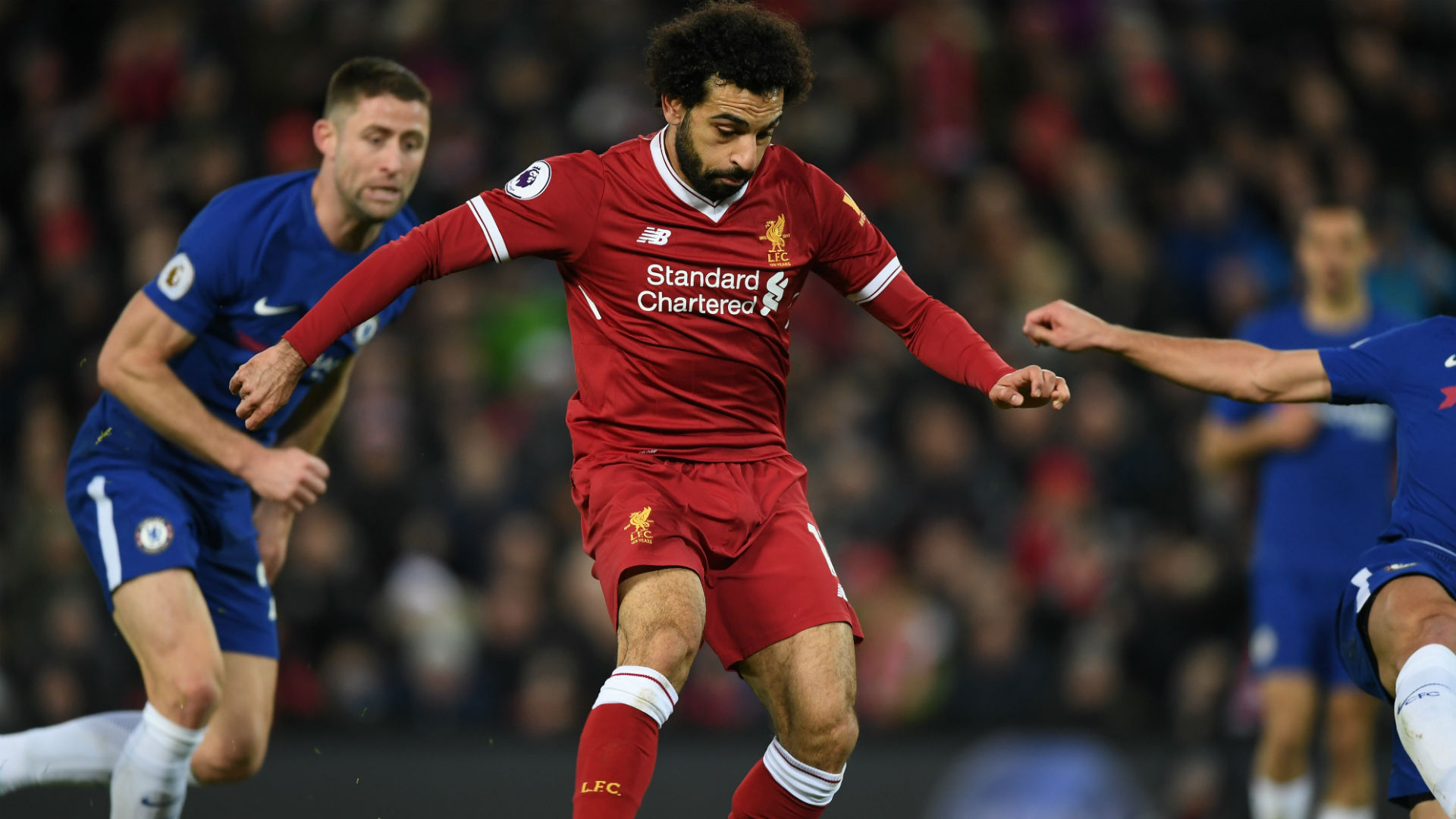 The Egyptian had the most shots of any player on the pitch (with seven) but only hit the target with two. To put this into perspective, Alvaro Morata had the closest number of shots to Salah with three.
Depending on what side of the divide you’re sat, both positives and negatives can be spun from the aforementioned stat.
While some may be of the opinion that the attacker was basically trying to make things happen for his side, others may condemn his selfishness and inefficiency as simply trying to do things on his own.
The speedy wideman, though, showed great composure to tuck his chance away from close range just after the hour mark. At that point, Chelsea fans would’ve been forgiven for having a sense of deja vu, as another old boy - Kevin De Bruyne - scored the winner against them already this season.
Salah appeared set to be the match-winner until Simon Mingolet got under a cross-turned-lob by Willian in the 85th minute that levelled the match, denying the Egyptian the chance to be hero of the hour.
Maybe Salah didn't get to land Chelsea the killer blow, but he certainly landed a few punches against his old club, just enough to remind the Blues what an exquisite talent they were missing out on.
Liverpool may have been made to settle for a point, but this was yet another reminder that, with Salah in their attack, they are a match for any of the world's top sides.
Sport