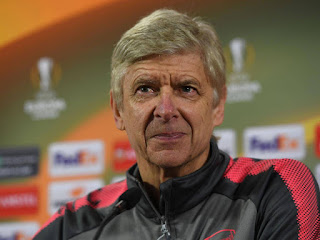 Arsene Wenger has batted away Jose Mourinho's barbed claim that the Arsenal manager was guilty of being economical with the truth about the fitness of Alexandre Lacazette at the weekend.

Wenger had ruled the France forward out of Saturday's visit of Mourinho's Manchester United only to name him in the starting line-up. Lacazette played all 90 minutes and scored his side's goal in a 3-1 defeat.

Mourinho sarcastically praised the Gunners' medical department after the match and returned to the same subject this week by suggesting reports that David Silva might be forced to miss the Manchester derby could be filed under L for Lacazette.

Wenger, speaking ahead of tomorrow's visit of BATE Borisov in the final Europa League group game, shrugged off the claim, however.

“Yes, I thought he wouldn’t play,” he said. “In the end he could play. What did you want me to do? Leave him at home?

“He had tests on Friday morning and we thought he wouldn’t play. But he was fine and that’s football.”

Lacazette, who cost £52m from Lyon in the summer, is not likely to start tomorrow as Wenger plays fringe men in cup games.


Fellow Frenchman Olivier Giroud has found himself excluded from Premier League action, as has England's, Theo Walcott. It has been suggested that both players need to leave in January if they are to make their respective World Cup squads, something that is already something of a long shot in Walcott's case.

Wenger insisted that his rotation policy had been beneficial for all, especially on the injury front as it meant all of his players had clocked up minutes. Indeed, only defender Shkodran Mustafi has been ruled out having picked up a minor thigh injury at the weekend.

“The players have been absolutely outstanding,” Wenger said. “One of the positives is that the behaviour of the squad is remarkable and impeccable. Even in training when I play the team in Europa League against the team in the Premier League, it’s very difficult to predict who will win.

“I will adapt every time and try to pick a balanced team. It's a fight going on and no-one has been ruled out of any game.”
Arsenal has already won their group so Wenger can carry on blooding youngsters like Ainsley Maitland-Niles and Joe Willock.

The Gunners' chances of emulating Manchester United by winning the competition have been reduced by the arrival of some heavyweight Champions League clubs, including Atletico Madrid, however.

Wenger has never been a fan of parachuting third-place teams into the lesser competition but had rarely had to worry about it.

“I was always against it," he said. “We voted many times – that is what you call democracy.

“I don’t much worry about that – just think, do we have a chance? Yes, let’s give it a go. It’s like the FA Cup, it’s important we have a go and give absolutely everything.” 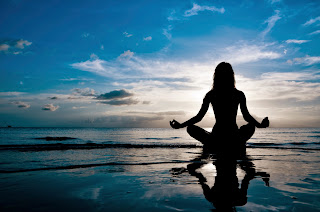 Some Health Benefits of Yoga

Yoga being a discipline method for attaining a goal and a techniques of controlling the body and the mind can help you a lot and if you’re a passionate yoga practitioner, you've probably noticed some yoga benefits, maybe you’re sleeping better or getting fewer colds or just feeling more relaxed and at ease. But if you’ve ever tried telling a newbie about the benefits of yoga, you might find that explanations like “It increases the flow of prana” or “It brings energy up your spine” fall on deaf or skeptical ears.
As you read all the ways yoga improves your health, you probably noticed a lot of overlap. That’s because they’re intensely interwoven. Just believing you will get better can make you better.  Here are the some benefits of Yoga
1. Improves your flexibility
2. Builds muscle strength
3. Perfects your posture
4. Prevents cartilage and joint breakdown
6. Betters your bone health
5. Protects your spine
7. Increases your blood flow
8. Drains your lymphs and boosts immunity
9. Ups…